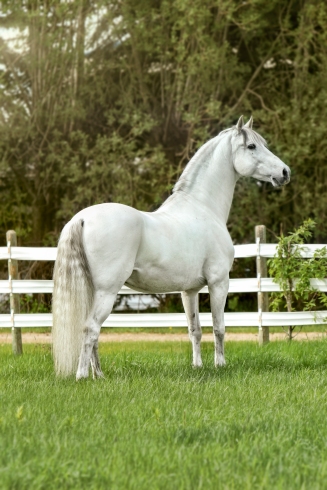 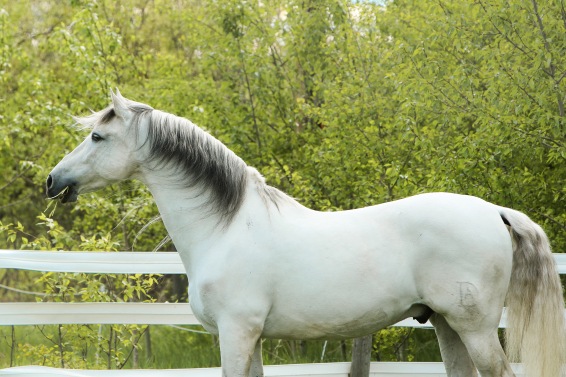 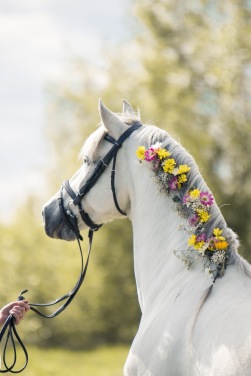 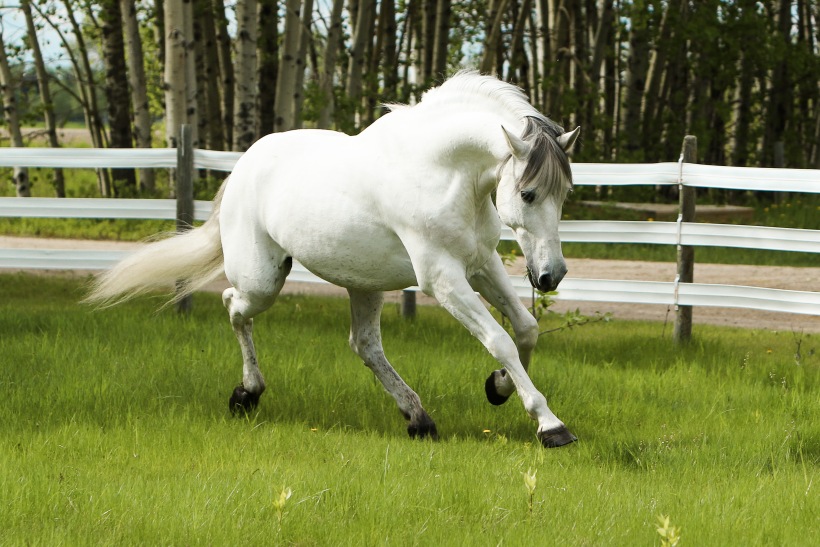 We were shocked and devastated by the unexpected and tragic loss of our real-life unicorn, Lebrijano. Lebrijano was acting a bit off at supper time and presenting mild colic symptoms. This was very unlike him, and I don’t like to mess around with colic. I quickly loaded him in the trailer and headed for Moore Equine, one of our province’s top equine hospitals. Lebrijano was bright and alert as he trotted off the trailer and I felt a bit silly for hauling him so far in the night. The vets proceeded to do a full work up on him anyway, so we would have a baseline at least in the event that he should get worse again.

Preliminary findings were unremarkable. He seemed a little under the weather, had a mild fever and some fluid in his bowel. He was still interested in checking out the new surroundings and would really like it if we would just kindly throw him some hay, please? He was healthy, strong and young so I was not worrying too much at this point. The vets asked if I wanted to leave him overnight for observation. I decided that would be best. I didn’t want to take any chances with my buddy. They started him on banamine and I went home feeling somewhat relieved.

By the middle of the night Lebrijano’s fever had spiked again, despite the banamine. He also had a sudden and severe anaphylactic episode where he muzzle and face began swelling dramatically and his skin was covered in hives. The attending vets removed all bedding and foreign material and gave him a bath. We continued bloodwork at 4 am and again early afternoon. Every indication showed that his body was fighting a losing battle, his immune system was no longer responding, his organs were shutting down and he was beginning tissue death. I made the decision to humanely euthanize him before his suffering increased. Upon post-mortem examination and fecal testing we were unable to determine any source of his sudden and unexpected demise. The fecal testing was essentially “negative” for any infectious agent and there were no masses or impactions in the intestines. They were quite inflamed, leading the vets to suspect cause of his demise was “Colitis X”.

I am so honoured to have been Lebrijano’s final home and his mom for the past 2 years. He was a true blessing and I couldn’t believe that he was mine. How a girl in backwoods Alberta came to own an imported Spanish stallion is a wild tale and I am sure he saw many adventures along his journey. He was the kindest, purest, trusting soul, and as one of my friend’s said once “You can tell that no one has ever been mean to this horse in his whole life”. He loved, loved, loved everyone and was such a mythical creature. Godspeed, dear Lebrijano! You were made of stardust and clouds and I was so very blessed to hold you in my arms for a short time on this earth.